I never knew my job description as a mom would include so much costuming–not even including Halloween. The week before last, in one day I helped dress Mabel as a pharaoh’s wife in the morning, and that afternoon helped Rose dress as a princess for a birthday party.

Here’s Princess Rose, being her ceaselessly spunky self: 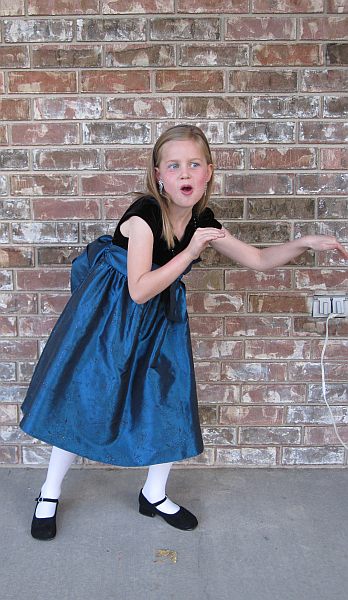 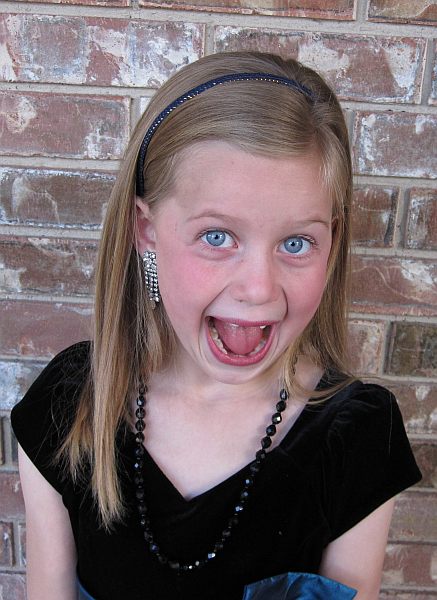 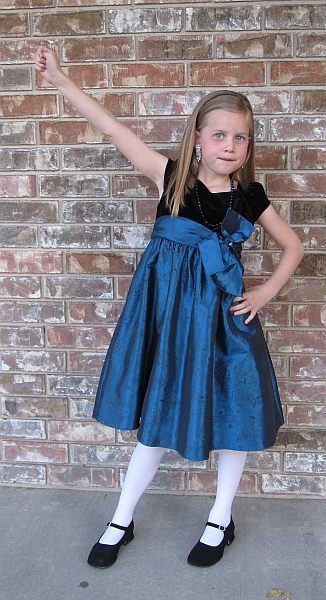 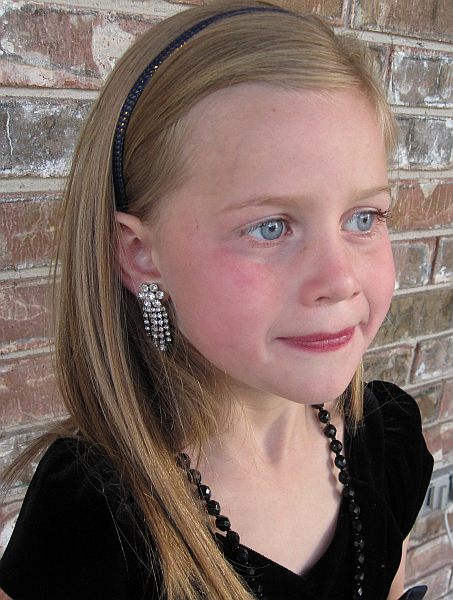 And here’s Mabel at her class’s Egyptian funeral:

Mabel’s class mummifies chickens (grocery store chickens, already cleaned and with the innards removed) and then builds coffins for them, holds a funeral, buries them, and digs them up in the spring to see how they fared.

I thought we did a pretty good job for a quick pharaonic look (we were able to re-purpose a Nativity angel gown–but Mabel could locate only one of her gold sandals, and had to settle for flip-flops) but I was equally impressed with the other kids’ costumes. (Mabel did tell me later that some of the most elaborate headdresses are part of her teacher’s permanent collection.)

Here was Mabel’s obituary for her group’s chicken. (Hers was about twice as long as any of the other obituaries. The 6th paragraph is my favorite.)

We are here today to announce the beginning of an eternal and happy afterlife for our beloved poultry friend, Amun-Rawk. Named for the sun and his original language, Rawk (as he was often called) was the godliest chicken there ever was.

Amun-Rawk died at the ripe age of 5 months, and it was a saddening experience for his dear family and friends to see him go. Luckily, professional embalmers have preserved his sacred body to the best of their abilities, and he will be treated with the proper ceremonies to live a paradisiacal afterlife.

When Rawk was a child, he had a beautiful bright yellow coat and was the most adorable, plump chick you ever did see. Being of wealthy status, he grew up eating, walking, and living in finery. His father, a man of etiquette and style, taught him to love gold. When Rawk began to find his own place in the world, he spent his wealth wisely on great amounts of rubies, silver, and gold. His abode became a museum to exhibit his many artifacts and finery, including a golden headdress, a golden goblet, a golden necklace, a golden elixir, and most importantly, a golden feather.

At the age of 1 month, Amun-Rawk married his beautiful wife, Cluckopatra, daughter of the Pharaoh’s chief treasurer. This earned him considerable status. Rawk loved Cluckopatra, but out of 150 eggs, Rawk only received 2 children, Tutbawkhamen and Hatshepcluck – the rest of the eggs were mysteriously taken during the night. These chicks provided Rawk with an extraordinary family life, and he was a loving and dedicated father. His children learned to love the same golden riches as he.

Amun-Rawk was acquainted well with the Pharaoh, and in time, he became one of his most important friends and advisors. Rawk takes place in many hieroglyphics directly next to the Pharaoh.

Unfortunately, after living a long happy life for his 5 months, Rawk was mysteriously taken and was delivered dead, chopped, and stripped to the embalmers 2 weeks later. Though time was short, the embalmers learned many important things in the process of preserving his body.

Today, Rawk will be buried with his many riches to enjoy in the afterlife. He is to be placed side by side with many other great leaders and subjects. In honor of his wishes, his coffin is of the purest gold and placed on the top is his beloved golden feather. May all his neighbors, friends and family remember him as an example of a good life (and afterlife!), and may his heart be the lightest of all.

In this photo (above) the chickens’ hearts (in the form of cookies) are being weighed by the gods in the afterlife. If the heart is heavier than a feather, it gets fed to a crocodile. (Probably it’s a crocodile god, whose name I would know if I’d been paying better attention.) There were a lot of heavy hearts at this funeral. 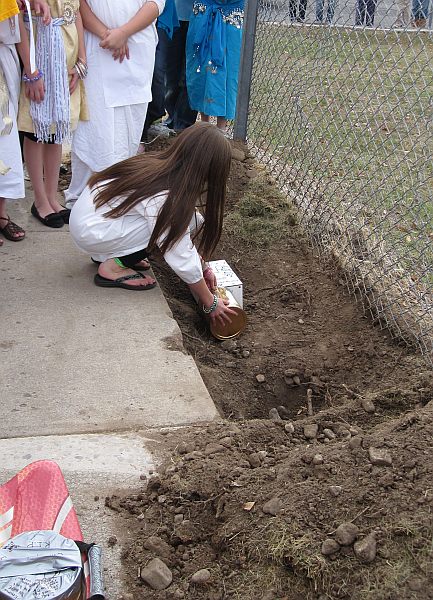 This entry was posted in My kids actually are funny (and sweet and wonderful), Parenting. Bookmark the permalink.