Today I stop sneezing when I lie down, and start sneezing again when I get up.  I think that’s a pretty clear signal that I should be lying down.  Good thing Hazel and Henry can feed themselves and change their own diapers.

I’ve mentioned car pool lane peeves here before:  people parking in the through lane, people parking far apart but not far enough apart for another car to squeeze in, etc.  It’s not nearly as bad for the mid-day kindergarten pickup, since there are fewer cars and also since I’m often a couple of minutes late and the main crowd has already left.  Today I was a few minutes early and the lane was almost full, but I decided to try my parallel parking skillz at fitting into a van-sized space between a minivan and an SUV.  I did a pretty good job, but didn’t bother to make the last two-or-so points to get perfectly parallel, since I’d be leaving in a couple of minutes.  My car’s nose was poking out at an angle but I was still all the way in the lane.  Then, after I’d turned off my engine, the SUV in front of me pulled forward about four feet!

When I’m paying cash for something and I don’t have exact change, I try to use what change I do have to get as few coins and bills back as possible.  So for example, if the price is $6.07, I’ll give $21.12 and get back a ten, a five, and a nickel instead of paying $20.00 and getting back a ten, three ones, and .93 in change.  (It’s not so much that I have mad math skillz as that I worked as a checkout clerk for several years.  Also this is a pretty simple trick once you learn just to give the difference between the nearest denominations.)  The problem with this tactic happens when you encounter inexperienced clerks who try to second-guess you:  last week at Wendy’s, the girl repeated the price to me as though I couldn’t have given her that amount on purpose. And today, also at Wendy’s (which must be the only place I pay cash) I had a new experience:  the kid working at the window actually shorted me a nickel.  When I pointed it out he said, “I thought you gave me exact change.”  WHAT?  You didn’t even count it?

Before I took the kids to Wendy’s, I dropped off Rose’s friend S. at a a neighbor’s where her mom was doing visiting teaching.  When I got back from Wendy’s, the visit had ended and my neighbors were outside chatting.  I waved at them.  Then I closed my garage door BEFORE I got the Wendy’s bags out of the car.

(Apparently I will post about things on my blog that I will conceal from my neighbors.)

Well, I’ve been ignoring the sneezing that’s telling me to go lie down.  Also Henry needs his diaper changed and Hazel’s squawking in her crib.  I had to wake Hazel up from a nap to go get Rose from school but now she won’t sleep. It’s all so unfair. 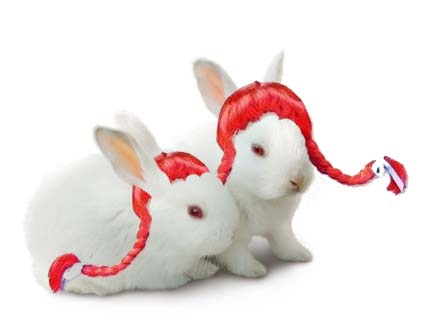 This entry was posted in Health or lack thereof, I think I'm not funny, Me thinking about stuff, Other people are funny. Bookmark the permalink.